Learn how to treat sagging skin, pain, cellulite and stretch marks in a natural way. 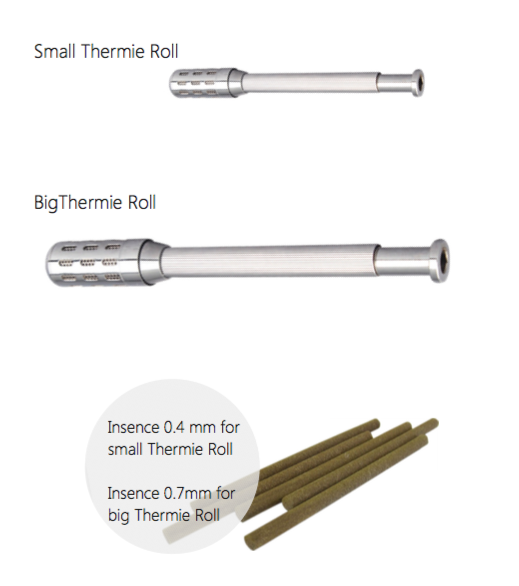 We support your goals 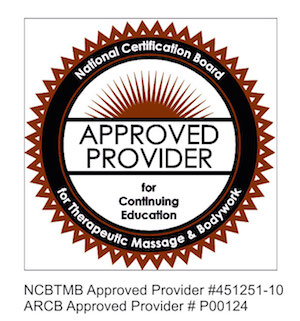 Be better equipped professionally making your intentions of helping people with reflexology a reality! With this tool you will help your clients to excellent results with their health issues.
Apply for this course and turn your personal experiences into an incredible add-on to your career.

Learn how to improve people´s bodies, beauty and health! And your own...

Do you want to offer your clients yet another amazing treatment for their health? 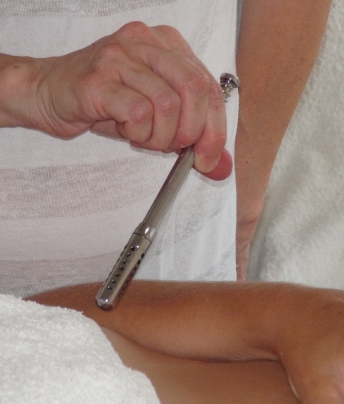 If so, learn Lone Sorensen’s Thermie Roll Therapy method and how to get amazing results for customers with health and wellness issues and also improve their overall wellbeing! You will exactly know how to treat each client for their individual needs and state of wellbeing.

The herbs and the heat have a therapeutic effect and the smoke from the herbs has a pleasant smell that acts as aromatherapy during the treatment.

Upon stimulation of areas of the skin, THERMIE ROLL Therapy, activates the immune system and blood circulation.
The treatment also has an anti-inflammatory effect and immediately relieves pain in general all over the body; joints, muscles and bones.

When muscles are tense accumulated waste substances can cause pain, stiffness and muscle spasms. By increasing the blood- and lymph circulation to and from the muscles using the THERMIE ROLL Therapy accelerates the separation of the harmful waste products. At the same time fresh blood and oxygen increase into the tissues.

As THERMIE therapy increase the skins blood flow and cellular metabolism, new cells are formed, which results in spot and wrinkle reduction.

Likewise eye bags and dark circles under the eyes and droopy eyelids disappear very fast and you will recover the shine in your eyes much faster than you've seen with other anti-aging methods.

THERMIE therapy works for areas such as:

Unbeatable benefits for everyone

Learn the method that has helped throusands of people around the world - men, women, young and old, all sort of issues - to transform their health and notice a significant difference after just a few treatments!

Learn How To Give People What They Want:
No more pain and a healthy body!

The THERMIE ROLL Therapy Online Course offers an amazing method that is very easy to learn and achieves amazing results.

Who is Line Johnsen? 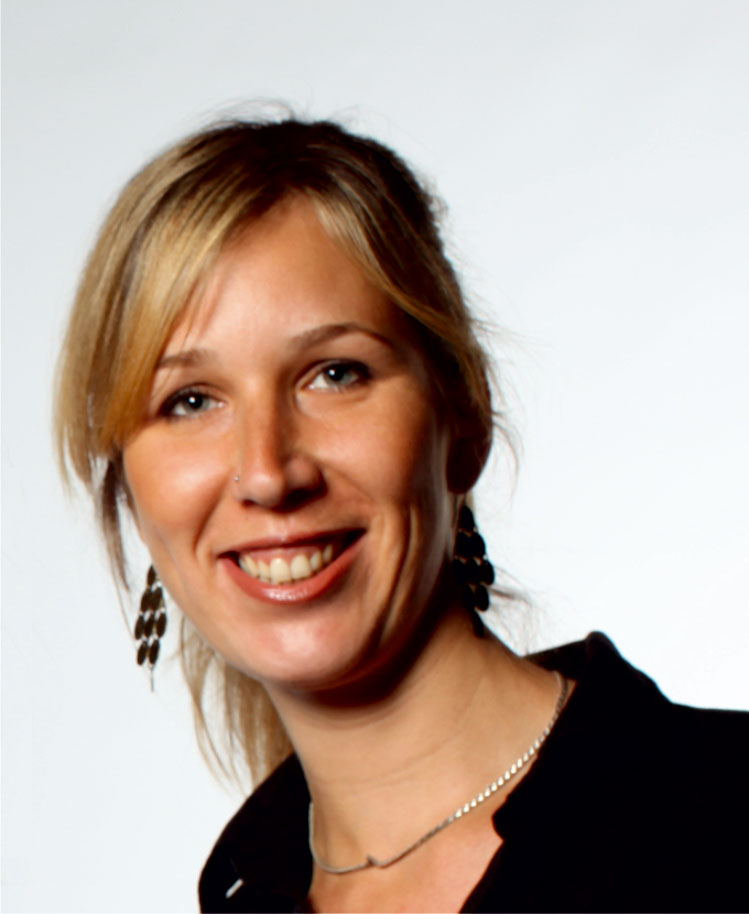 Line is the woman behind the administration of the Cosmetic department of The International Institute of Reflex Therapy Lone Sorensen – treatments such as the Japanese Cosmo Lifting, Cosmo Facial, CosmoBody and Weight Management. Very effective and natural methods for Cosmetic, Spa and Relaxation treatments blissful for body, mind and spirit.

LEADER OF MANY PROJECTS BEHIND LONE SORENSEN
Line also handle development, production and quality control of the unique natural raw materials, Lone find traveling around the World in the rainforest and desert.
The International Institute Lone Sorensen offer 47 natural Health and Skin care products, all based on recipes from local aboriginal in South America and Arabic countries.

SAME INSPIRATION
Line has grown up in a world of therapy and have been inspired since she was young. She has seen the amazing Reflex Therapy method being developed, being performed and becoming a reality in the world. Her aim is that these unique methods and 100 % natural products become even more known.

Who developed this method
and why should I listen to her? 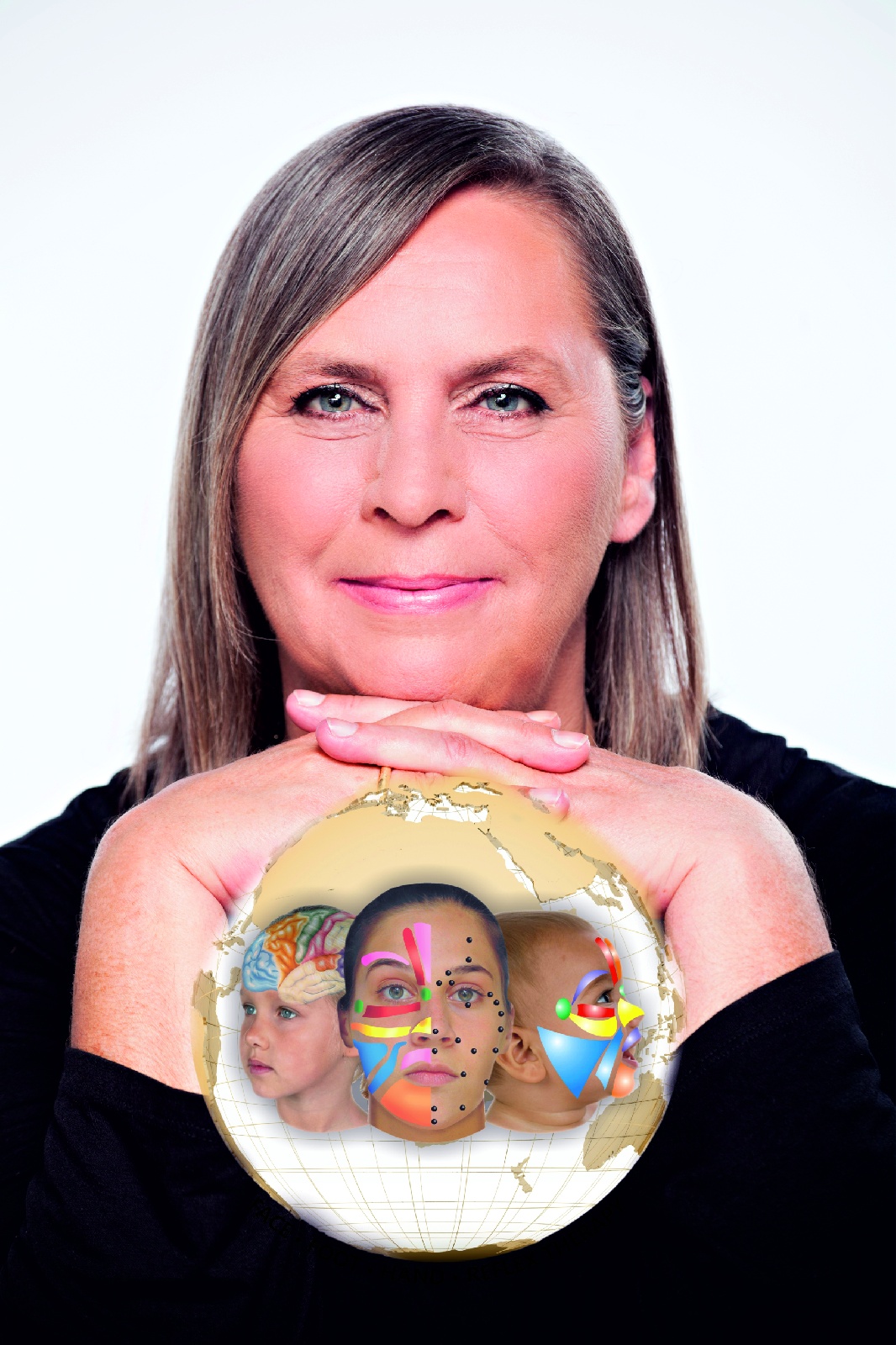 I´m Lone Sorensen and I´ve been helping people and animals all around the world for the past 36+ years traveling the world to study and teach all about natural medicine with my main focus being face, foot and hand reflexology.

Lone Sorensen is the director of the International Institute of Facial Reflexology and has spent years dedicated to the teaching of reflexology in Denmark, Sweden, Finland, the Netherlands, England, Japan, China, Australia, the US, Mexico, Argentina, Slovenia, Bosnia, Croatia, Poland and Spain, where she teaches in coordination with more than 50 instructors.

Lone has participated in several national and international conventions and is President of the Global Facial Network (www.globalfacial.com)

Her concepts and methodology have been integrated into the research conducted at the Filadelfia Kurhuset State Rehabilitation Center of Denmark for patients with brain damage and dysfunction as of the year 2000. In March 2001, Lone was honored by the OMHS with three titles of nobility; thus, making her the first reflexologist in the world to receive this distinction for her work with Zone therapy and facial, – hand- and foot reflex therapy.

Lone has always helped persons improving their live and thousands of clients can confirm that. She has also been interviewed on several TV shows.

What Will You Learn In This THERMIE ROLL Therapy Course?

You will learn how to treat people´s health, pain and beauty issues by applying the Thermie Roll Therapy on their body, face, feet and hands! 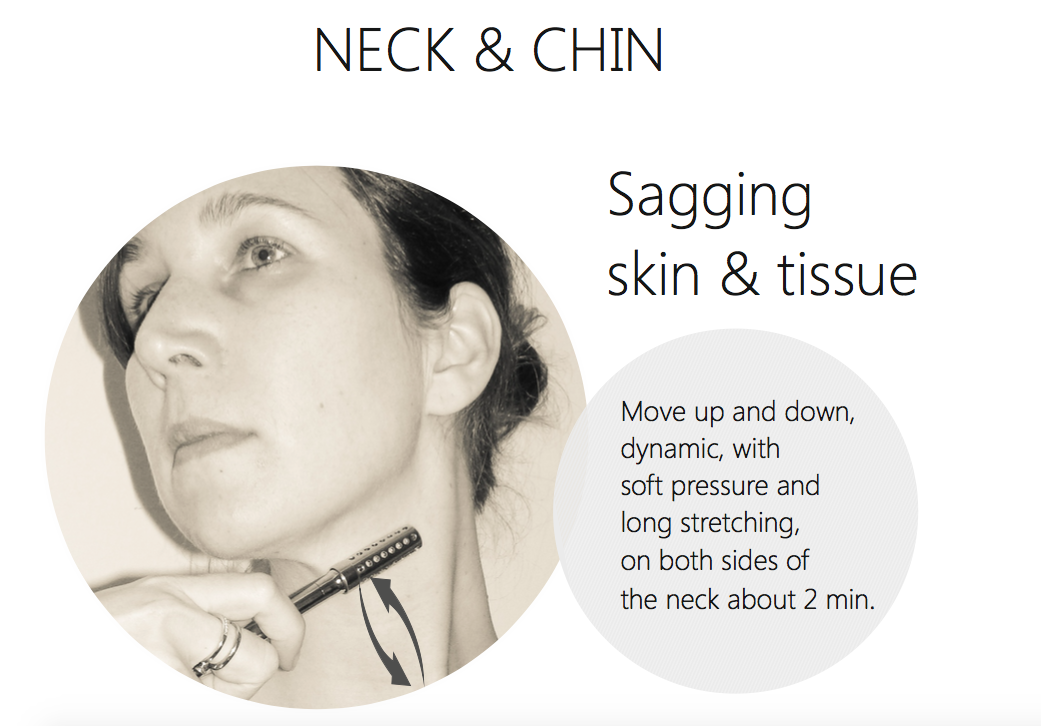 In the course manual you will get detailed instructions on how to use the Thermie rolls to treat specific issues for yourself, friends and clients.

For example, you will know how to improve:
- Sagging skin and tissue- Fat deposit below the chin- Bags and wrinkles under the eyes- Varicose veins- Muscle tone on the arms- Cellulite on the legs- Stretch marks and scars 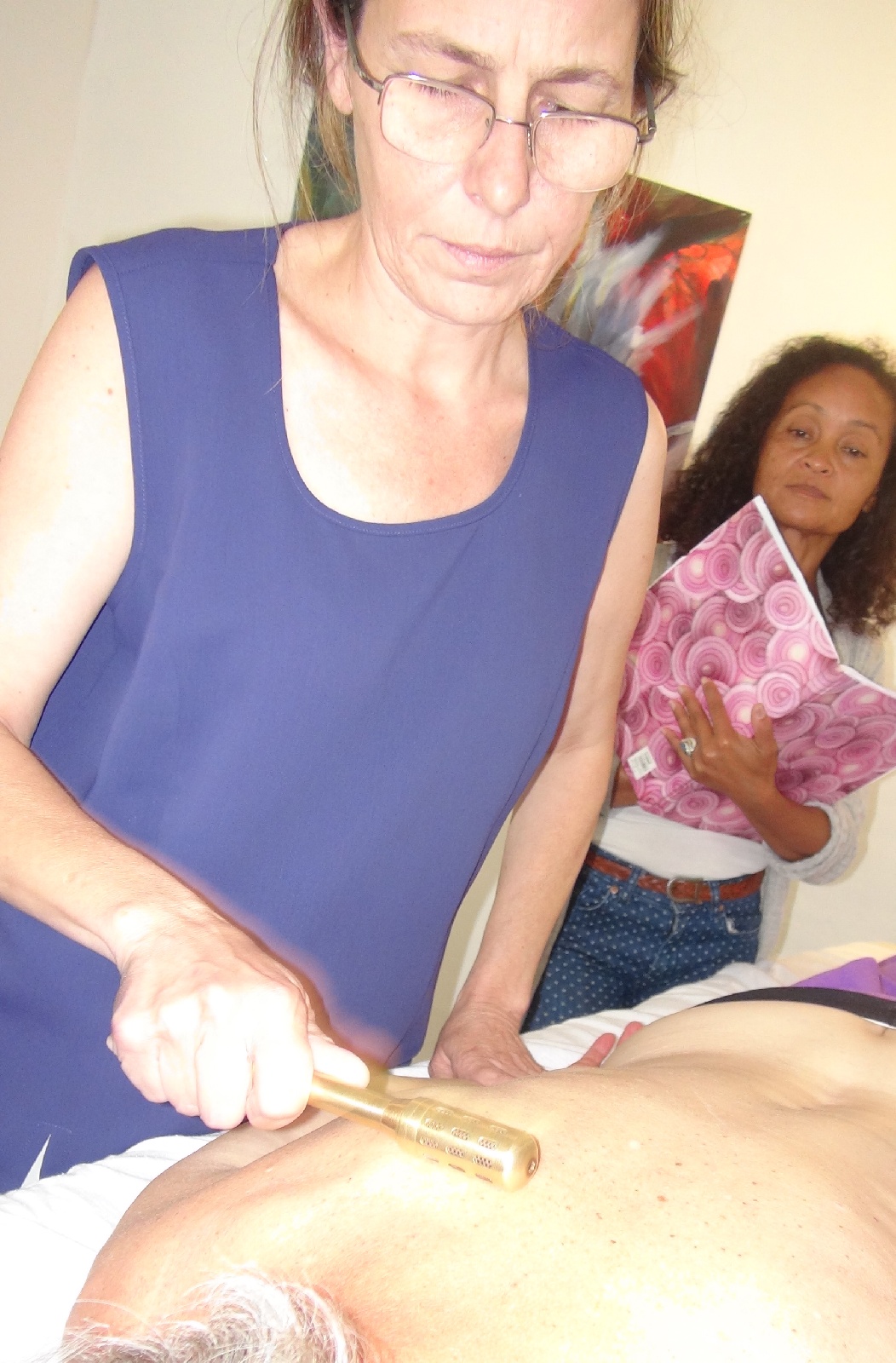 Carmen from Barcelona wrote: I’m working with Thermie Reflex therapy and Thermie Roll every day for my clients.  It is an effective tool for all kinds of muscle problems and lesions of ligaments and tendons. Thermie also gives very good results for clients suffering of chronical illnesses as the herbs help increase the defenses of the body. I have worked with Thermie therapy during 8 years and I’m also a teacher of Thermie therapy. 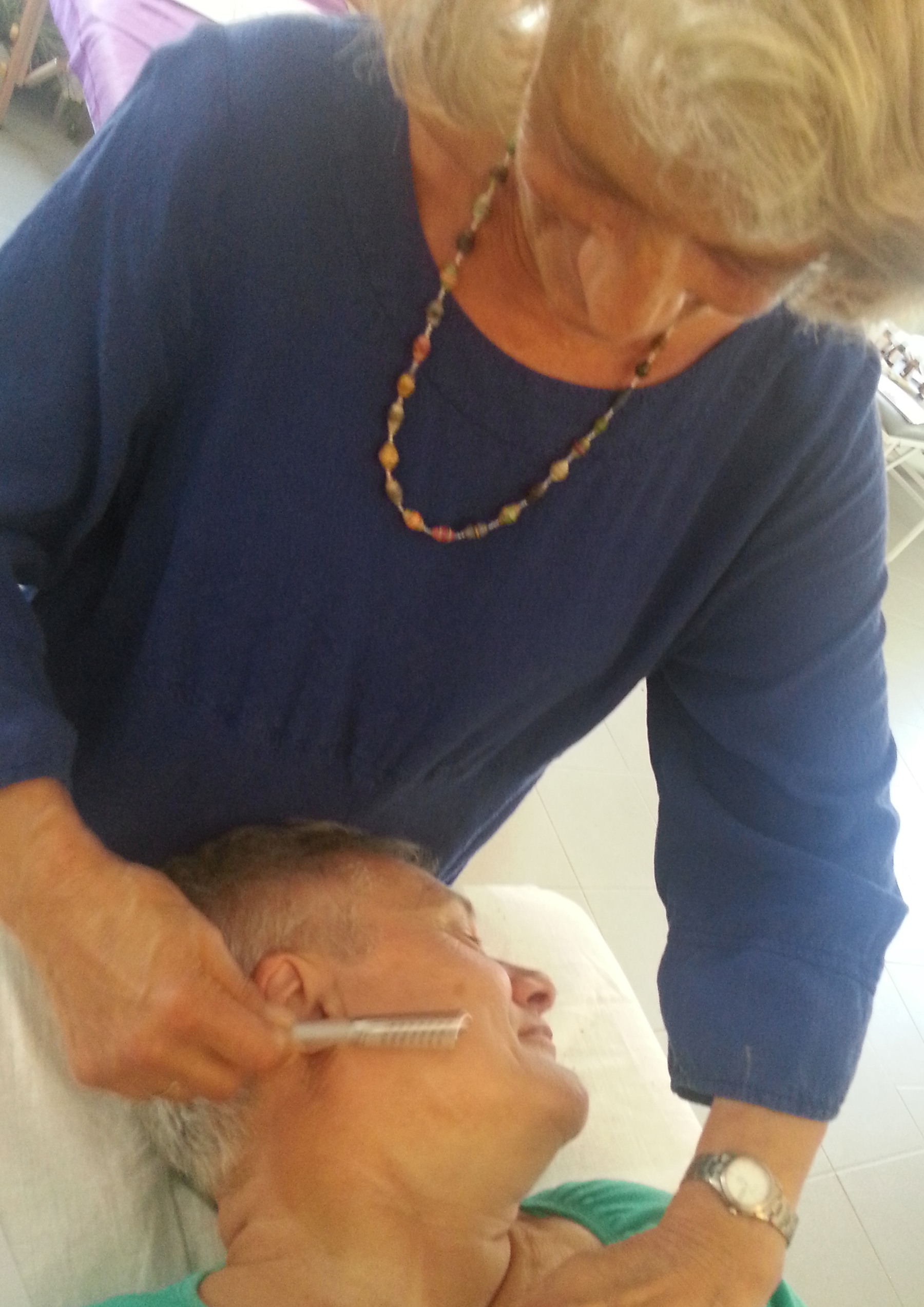 Marion from Denmark wrote: I use Thermie Therapy for my clients with muscle tension and inflammation of joins. I also had some clients with cancer I could help to increase the immune system. I also use Themie Roll on myself for joint pain and for better tone of the muscles of my face. 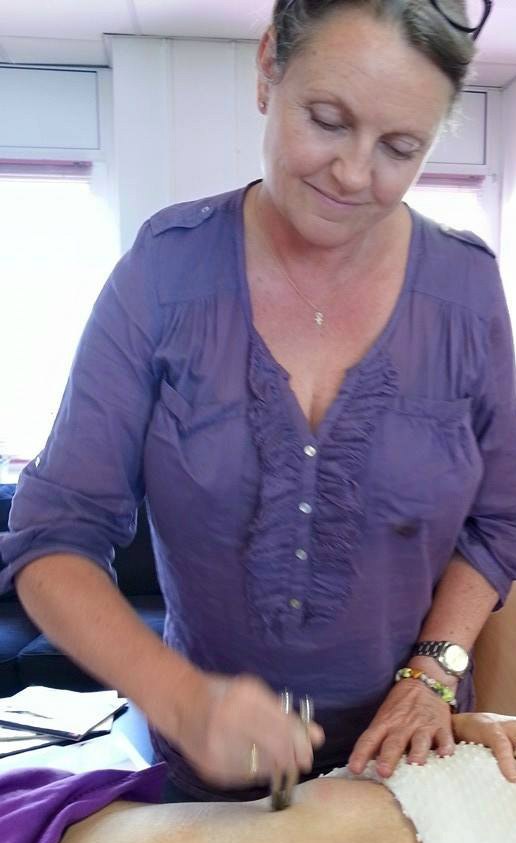 Mette from Denmark wrote: I use Thermie Roll therapy as a fantastic supplement for my CosmoBody Reflex therapy clients for weight lose in my clinc in Copenhagen. Using Thermie my clients obtain much faster results and at the same time it’s a efectiv Detox. I aslo use Thermie on clients with difficult wrinkel problems.

Sybille From Denmark wrote:  I love to apply Thermie Roll therapy on my clients in combination with Facial, Foot and Hand Reflex therapy. Specially when my clients are suffering of Immune system problems I find Thermie very usefull. I also treat my self every day with Thermie therapy. 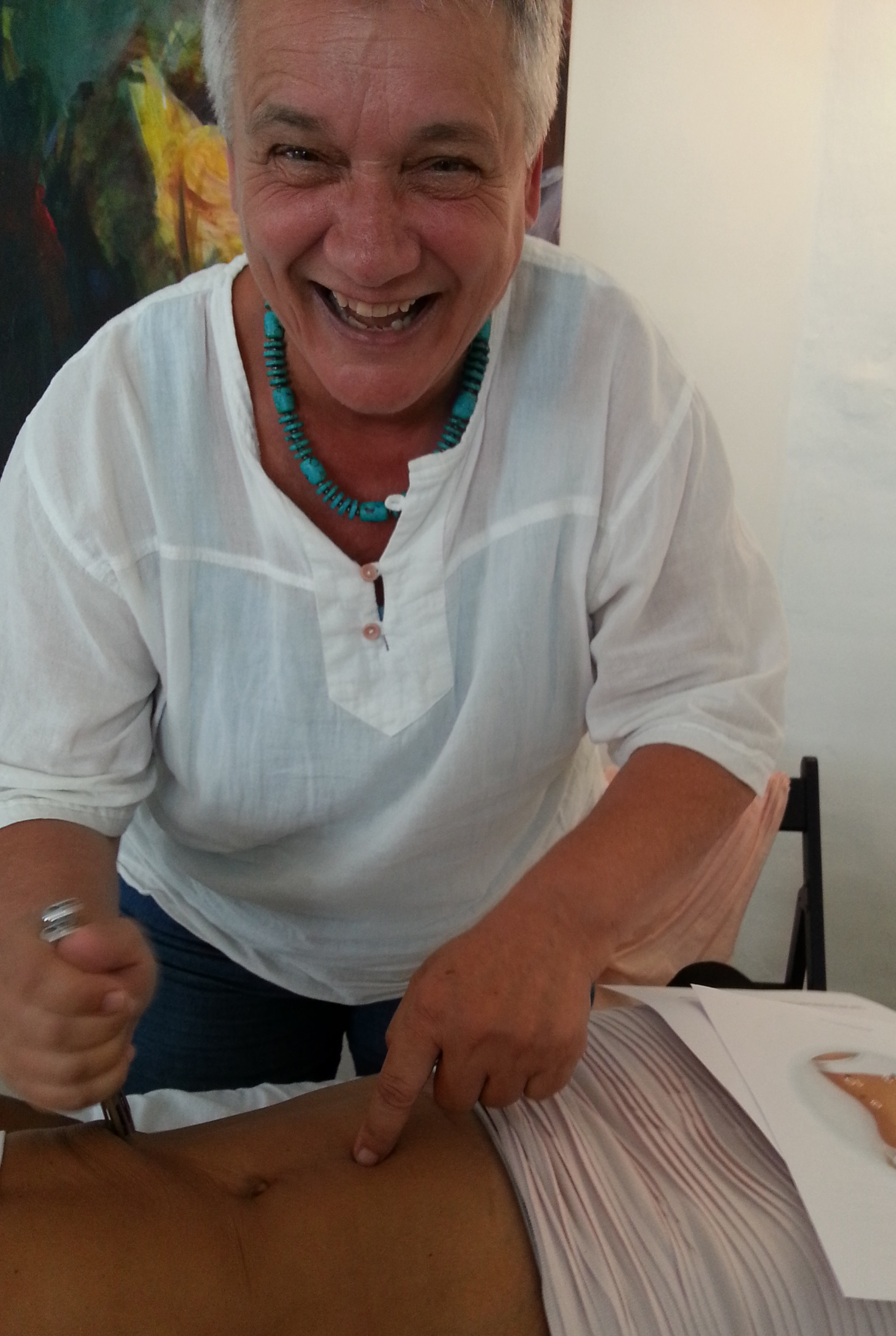 Zandra from Denmark wrote: I’m using Thermie therapy as clients. I’m suffering of Systemic Scleroderma, Raynaud, causing many symptoms. One of the symptom is that I’m getting small deep ulcer all over my finger- and toe tips constantly for many years. Since I started Thermie Therapy I didn’t have any ulcer. Thermie also help many other symptoms. I’m feeling so much better and I have also great results with my legs. 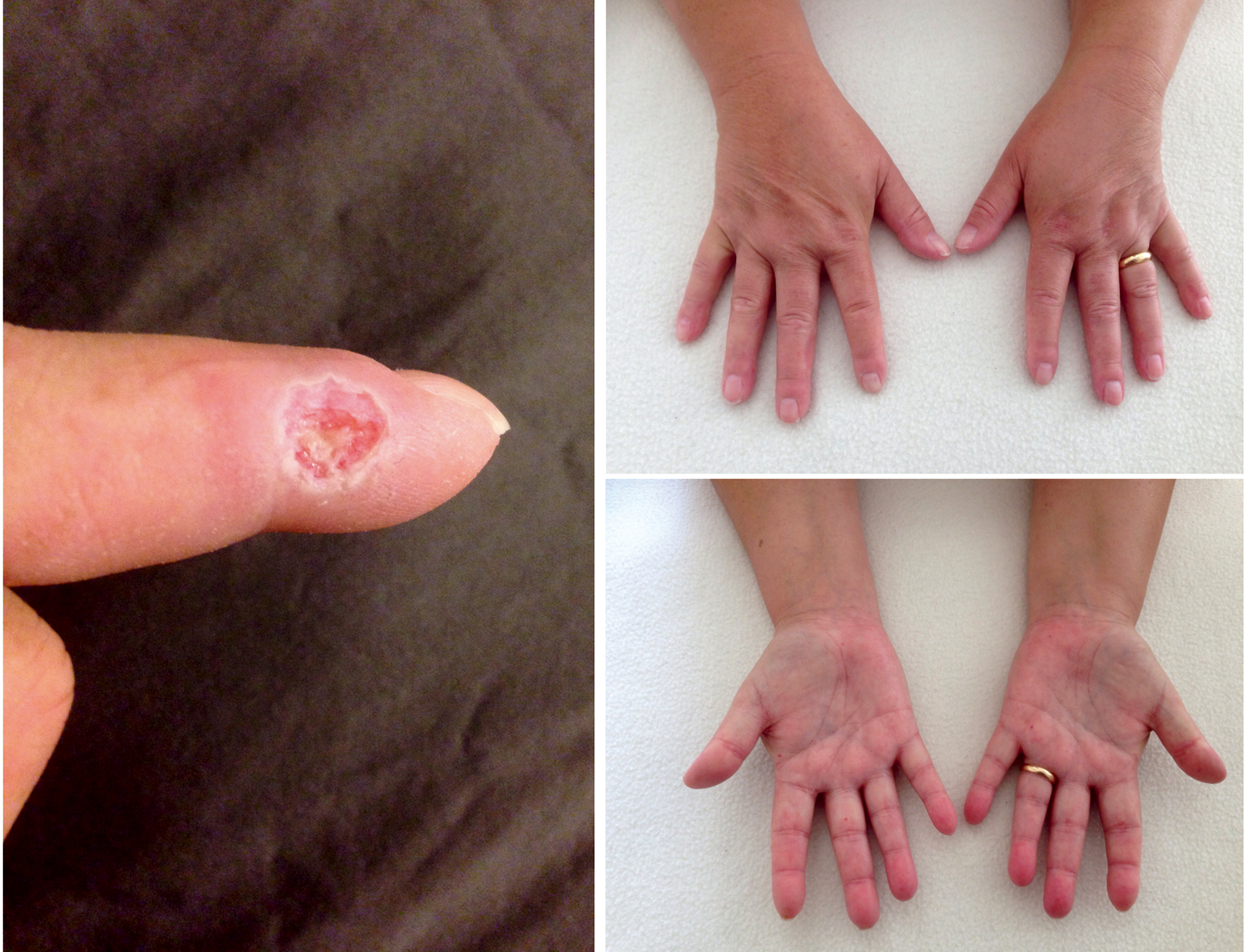 What You Get With The THERMIE ROLL Therapy Course

Of course you can ask for a refund if you feel this is not the right course for you. If you do this within 30 days after purchase, you will get a 100% refund (excluding postage and other costs like customs charges if they apply) once you have shipped the course material back to us on your own cost.

The Courses of Facial Réflex therapy sorensensistem TM is approved and Co- sponsored by: